As I'm using the F(x) Tec Pro1 myself and spent the last few days to set it up properly, I'd like to give you a few hints to make your life easier.

1. Should you unlock the bootloader?

If you don't plan unlock the bootloader, you can continue right away to the next topic.

Unlocking the bootloader has some advantages but also some disadvantages: With an unlocked bootloader, you can root the device, install an alternative OS or disable / remove unwanted System-Apps.

However, if the system files are changed, it can lead to non-working OTA-Updates. And Google Pay also won't work because of security reasons (note: Google Pay - NOT the Google Play Store which will continue to work without issues).

So: Firts unlock the bootloader - THEN setup your system to your liking.

How can I unlock the bootloader?

To unlock the bootloader, you first need to change some settings in the Developer Options.
I won't explain how to get to the developer options here, as that's the same on every Android - and if you're not able to find that out, you probably shouldn't unlock the bootloader.

I also won't explain how to setup adb and fastboot on your computer. There are tons of tutorials about that available.

So, go to the Developer Options and enable "OEM unlocking" as well as USB Debugging.

Connect the device to your PC, grant your PC permanent access and boot into the bootloader using:

Ince the bootloader appear, you can unlock the phone using:

After that, you can flash your own recovery or create a rooted boot.img using Magisk Manager and flash that with

into boot slot a.

But we won't go any deeper into that here - that would make the tutorial unnecessary big.

a) Setup a proper keyboard layout

If you didn't get the QWERTY-Version of the phone, the keyboard layout will be messed up at the beginning. That's because it's ALWAYS setup to use QWERTY.

That's a quick fix though, just go to:

Here you can setup your preferred layout. However, some of the layouts aren't mapped correctly... so either you wait for a bugfix or you install the app "FinQwerty" from the playout.

This adds new layouts which are working fine. The setup looks like this:

b) Disable the edges of the touchscreen

Curved Edges are modern these days - but they have one flaw: The touchscreen reacts as well at the very edge, so you easily trigger actions with the touchscreen you didn't want to.

To make things wors, the F(x) Tec Pro1 has the upper keyboard row so close to the display, that this easily happens when you're typing!

Thankfully, there's another app which fixed that: "Edge Null" (also available fromthe Play Store) allows you to disable the touchscreen at the edges and this fully fixes this issue! 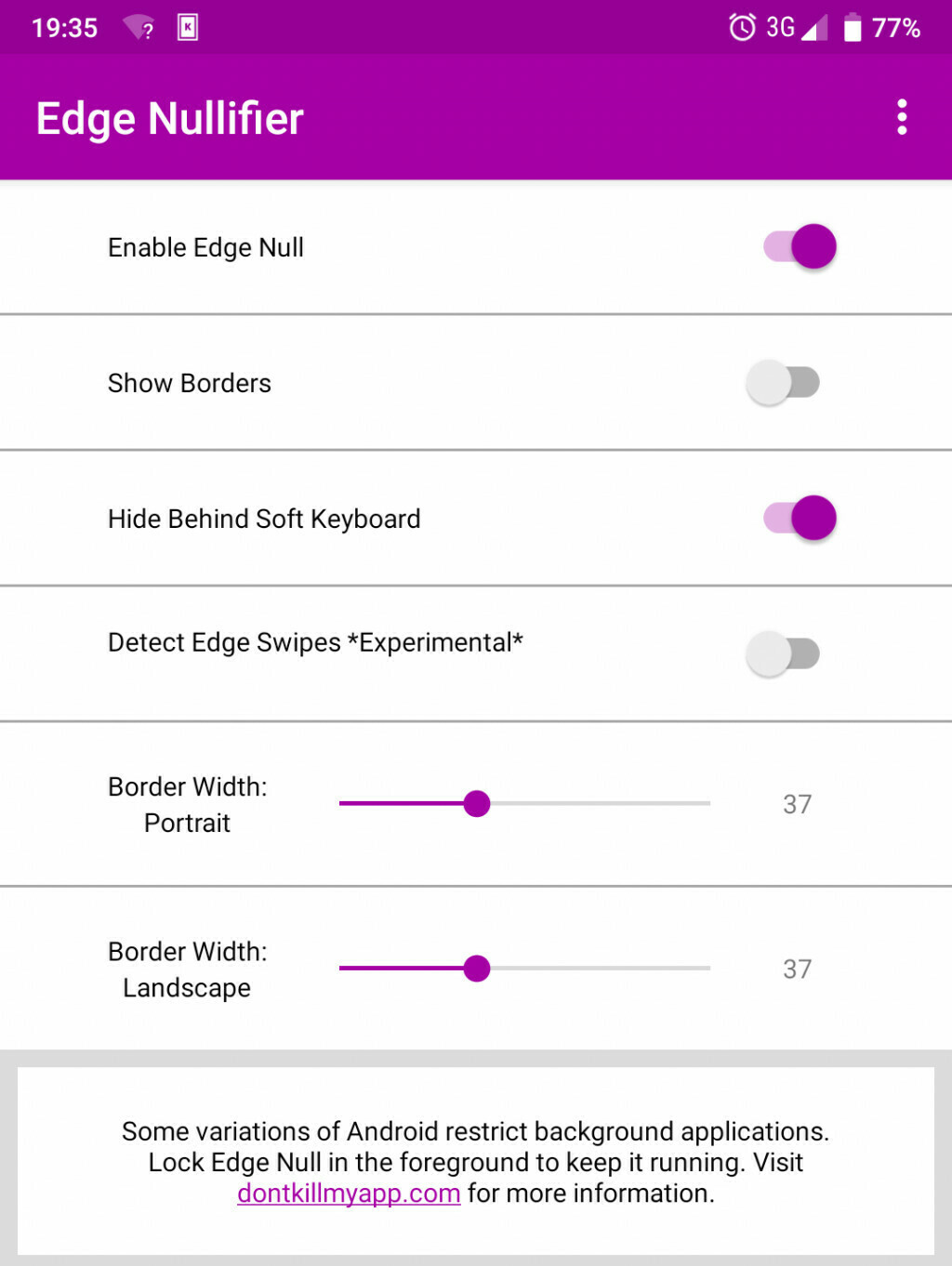 This happened to me multiple times during the first few days - but not a single more time after that. So I guess is that it's related to some apps you're using.

The only real fix is to wait for an update at the moment though.

Some apps (for example WhatsApp Voice Messages) have a distorted audio. This is a known software bug but the reason is not yet found. So we need to wait for updates here as well.

Once more devices have been delivered, I'm pretty sure more developers will work on that (as well as on LineageOS, Sailfish, ...)

Of course, everyone has his favorite apps and setup - but I'd like to mention a few that are suited really well to the F(x) Tec Pro.

Most will use the Smartphone in portrait as well as in landscape mode.
There's just one issue: How do you setup the launcher that it will work well with both setups?
While it tries to rotate the widgets and icons as good as possible - if you have a complex layout, it just won't work well.

That's why I'm suggesting to use "Total Launcher".
Total Launcher doesn't try to rotate your existing layout - it allows you to set up a COMPLETELY different layout (even with different apps and widgets!) for both modes!

This is how it looks like on my system: 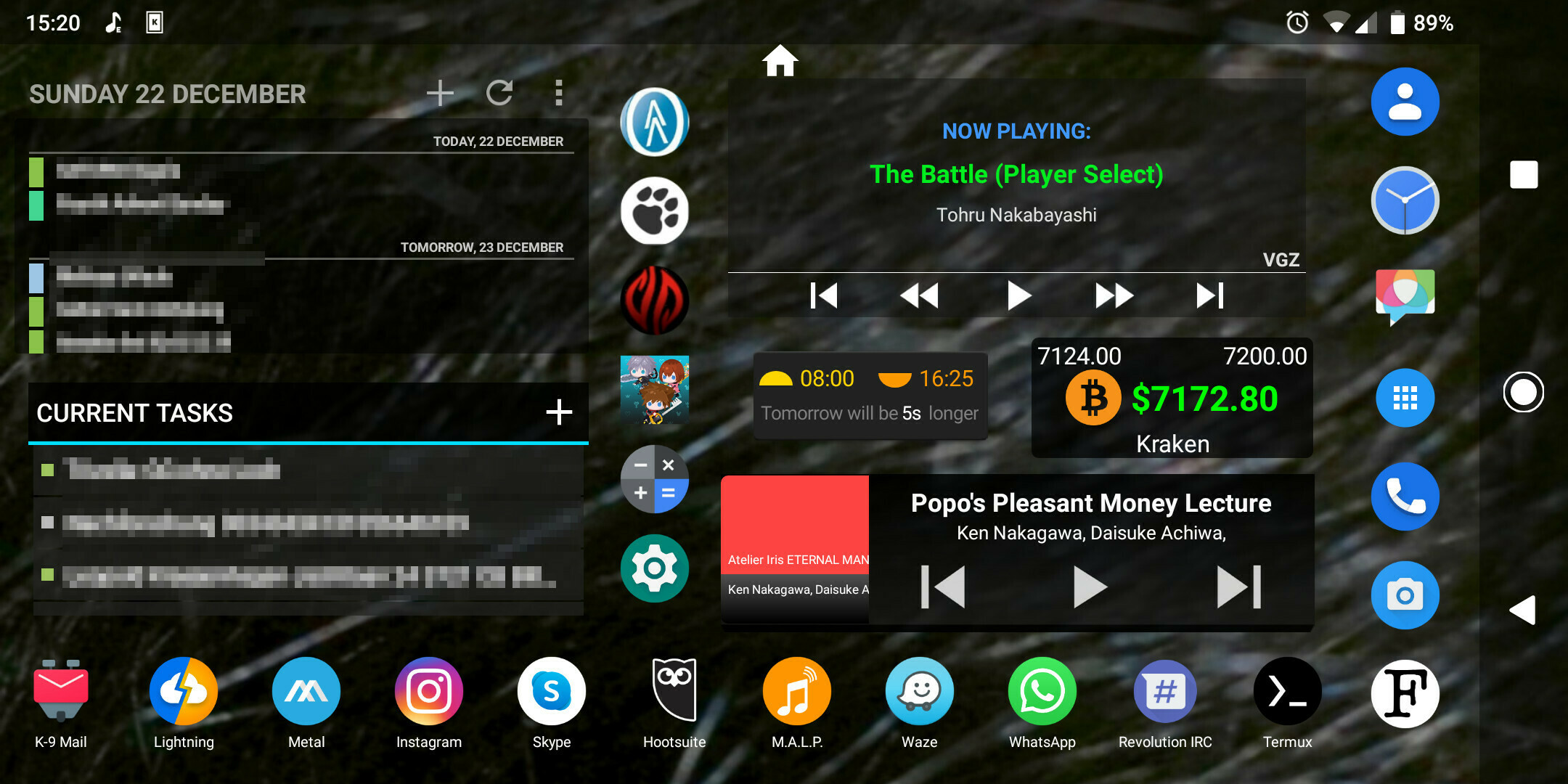 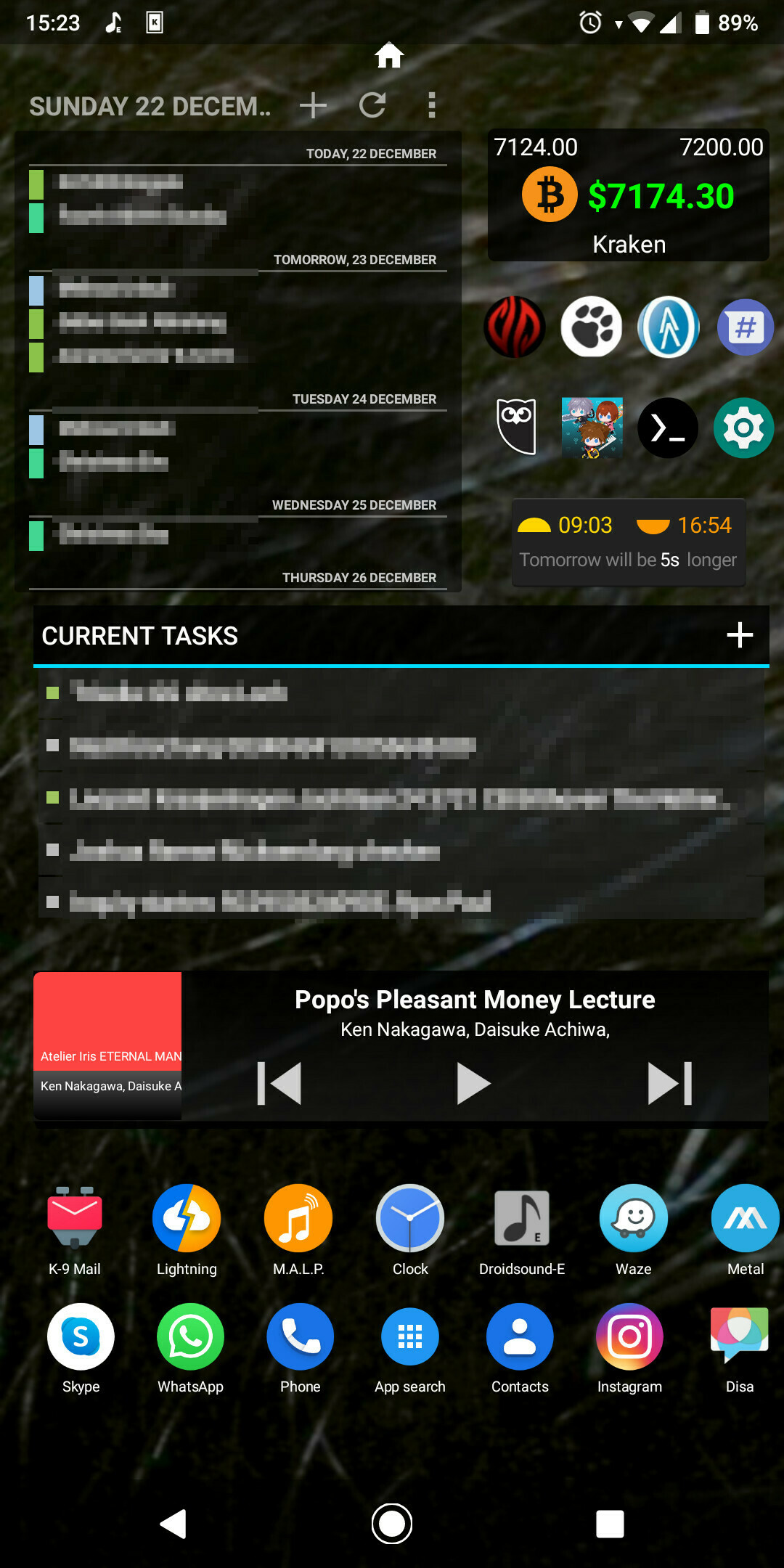 While the content on both setups is similar, you could create completely different layouts with widgets if you like.

With the "Keyboard/Button Mapper" app you could also fix your keyboard layout - and do more. It's more complex to setup, but you could remap your keyboard entirely. And add keyboard shortcuts if you like to.
It's a perfect tool for power users.

That's a quick first tutorial - I will update it as soon as I have more fixes :)